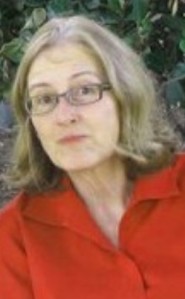 A writing colleague who is a recent MFA graduate, recently posted a social media link to an article titled “Professors in Homeless Shelters: It is time to talk seriously about adjuncts,” along with the grim remark, “Now is the perfect time see an abundance of articles like these, right when I’m about to be searching the job market.” In that linked Salon article of March 17, Becky Tuch called adjunct abuse “one of higher education’s great sins” and asked why the Association of Writers and Writing Programs isn’t talking about it.

In the very last weeks of those specialized graduate programs for which college teaching is a logical career path, students might be cautioned, “It could take as long as eight years to secure a full-time, tenure-track job.” Try twelve. Try 15. Try it’s never going to happen! Try invade an area without a glut of ivy league universities and you may find that elusive job if you have an ivy league Ph. D. – but it will pay only $35K/year. Look for a different career! Maybe you could become an ad man?

Nobody wants to talk about it – not even the exploited adjuncts. The President of the American Association of University Professors (AAUP) shocked listeners in November 2011 by saying on Brian Lamb’s PBS program that only 15% of America’s professorate held full-time tenured or tenure-track teaching jobs. Data are hard to come by, since wherever the legal limit of part-time faculty is around 66% of total teaching faculty (a figure long surpassed almost everywhere), the excess can be disguised by creative accounting. The disgruntled adjuncts can be dismissed with the pop culture admonition to the exploited, “You’re just not trying hard enough!” Creative administrations (like Citrus College’s in Los Angeles) offer interviewing techniques workshops to help drive home the point: “You weren’t the one in 500 applicants winner of that rarely offered full-time [but already-spoken-for] job in your discipline? It’s your fault! You’re no good! Be glad for the crumbs you’re getting.”

AAUP was in the vanguard, realizing that an impoverished part-time professorate lacks the means to belong to professional associations or subscribe to their expensive publications. Most members of this “adjunct” or “contingent” majority have neither the institutional support to attend professional conferences nor the status to apply for grants to fund their own research. Most are shut out of professional development and not even invited to department meetings in their disciplines. Being part of America’s new faculty majority is the social equivalent of working as a day laborer. Of course, an association of writing programs is not eager to broadcast such news.

The class-divide between the have and have-not faculty increases by the year. In the California community college system, for example, a part-time teacher would have to teach three times the annual load of a full-time faculty member (spread over a three- or four-campus commute, though) to have earnings at the bottom rung of a first year salary without the benefits. Since state budget cutbacks have all but eliminated summer school teaching (full time faculty take as proprietary overloads what little remains), there is no longer even that much opportunity to reach a middle-class income for this “other” 85% of faculty, many of whom actually shoulder committee work, volunteer their time to meet with students outside of class, do (unfunded) research, get published and effectively conduct themselves as real faculty, despite glaring disparities in both compensation and respect. In actuality, many part-time teachers treat the profession with more dignity than evidenced by their full-time opposites. “I thought that was a janitor” is a remark not applied to part-time faculty, the ones moving down the halls with their rolling luggage carts, dressed at least as professionally as the clerks at the local super market.

Plenty of complaints are lodged against “freeway fliers,” “road-scholars” or whatever the underbelly of the professorate is known by, as happens with any marginalized group. Adjuncts are out of the room and easy to blame for whatever ails the academy – and nobody wants to take the card-turning blame for their exploitation. It’s easier to talk in broader terms, as cultural studies philosopher Henry A. Giroux did in “Beyond Neoliberal Miseducation,” a March 20 article for Moyers and Company:

The transformation of higher education in the United States and abroad is evident in a number of registers. These include decreased support for programs of study that are not business-oriented; reduced funds for research that does not increase profit; the replacement of shared forms of governance with rigid business management models; the lessening of financial support for academic fields that promote critical thinking rather than an entrepreneurial culture; the ongoing exploitation of faculty labor; and the use of purchasing power as the vital measure of a student’s identity, worth and access to higher education.

American universities are becoming all-administration institutions, places where society’s elites can provide high-paying jobs for each other’s children at institutional expense, and where “faculty labor” is done by dangerous thinkers, highly suspect as purveyors of democratic ideology, who can now, in increasing numbers, be worked to exhaustion and controlled by threats of job loss. After all, the desired product is transfer or a degree, not knowledge transmitted by commie pink-o nuts who still believe in the Enlightenment and haven’t yet learned that the Constitution is evil or adopted Cretinism in regard to the theories of Darwin. In the tightening grip of this administrative vise, full-time professors argue for more full-time jobs, sensing a looming threat to tenure. For part-time faculty, campaigning to get two or three more faculty elites on campus is beside the point. Organizing for better part-time wages has become the priority.

Unfortunately, the system is stacked against contingent labor communications. Adjunct names, e-mail addresses and telephone numbers are neither listed in catalogs nor shown on department web pages, in most institutions. “Professor STAFF” is the schedule name of the shifting minions. Few campus activities provide specific adjunct gathering places or occur when adjuncts are able to attend. Contingency has meant isolation. Nonetheless, a gathering awareness is spreading via social media and occasional news items shared among energetic advocates for the new faculty majority. Isolated individuals are learning strategies touted in the business press. Speaking about social media and branding in a March 17 Forbes interview, Harvard Business School Professor Mikołaj Jan Piskorski noted, “Once firms recognize that consumers want to connect to each other, they can develop social strategies that do exactly that under the umbrella of their brand.” Contingent professors are finally coming into their own “brand” awareness and social platform strategies.

Some of the ongoing and emerging “brands” for contingent faculty advocacy are New Faculty Majority (http://www.newfacultymajority.info/equity), The Adjunct Project (http://adjunct.chronicle.com), Adjunct Justice (http://adjunctjustice.tumblr.com), the California Part-time Faculty Association (http://cpfa.org), COCAL – international/local (www.chicagococal.org) and the Save CCSF Coalition (www.saveccsf.org). In the last couple of years contingent faculty have gotten increasing television, blog and press coverage and even a modicum of national political attention, when Maria Maisto, President of New Faculty Majority was invited twice to speak before Congressional committees on our issues. Some of the comments following on-line articles have provided first-rate discussion of our work and its value, as can be seen following NPR’s ” Part-Time Professors Demand Higher Pay; Will Colleges Listen?” of February 3 (http://www.npr.org/2014/02/03/268427156/part-time-professors-demand-higher-pay-will-colleges-listen) – along with anti-intellectual, derogatory remarks, of course.

Although quite a few contingent faculty are moonlighting from full-time jobs in K-16 or other professions, and many, including housewives and retirees, do not want more than part-time work, growing numbers are joining unions or seeking their representation, sometimes calling on labor organizations outside of the traditional educator ones. Much work needs to be done and seemingly insurmountable barriers must be brought down, but there is also growing hope in solidarity. Contingents are getting to know each other and to know that eighty-five percent of American faculty can NOT be dismissed as the “You’re just not trying hard enough” losers of pop psychology.

Jean Waggoner is a part-time faculty advocate who has taught English and/or English as a Second Language at various California community colleges since the mid-1990s. She is co-author with Douglas Snow of The Freeway Flier and the Life of the Mind, a 2011 book exploring part-time faculty and marginalized scholars’ lives. She co-leads writing workshops and contributes to Riverside Press Enterprise blogs and columns for Inlandia Institute of Riverside, California. Jean has produced poetry, short stories, fine arts reviews and articles that have appeared in a variety of publications and is currently editing an American issue for Rosetta World Literatura, a literary magazine associated with Istanbul University. She is able to “fumble around” in a number of foreign languages, including Turkish and once mastered an Azerbaijani class with writing in Cyrillic at UC.L.A. Jean lives in Idyllwild, a mile high town above Palm Springs.

Recently published by Word Riot, “Heimlich,” a short story by Mandy Campbell Moore, promises to unsettle from its eerily calm yet chilling opening line: “An ugliness blooms in Nina’s husband when their daughter is born.” The juxtaposition of these two “births”—one presumably a cause for celebration and one a cause for dismay—immediately puts us on guard. This is not the average couple with growing pains; something more has gone wrong here.

Moore continues to unsettle us, building tension between Nina and Alex through carefully selected details and gestures that define these people so well, it’s as if they’re the neighbors whose ratcheting frustrations we can’t avoid hearing through a thin, shared wall. Alex nags and controls, Nina drifts through the days, bleary and placating, and we await a violent confrontation that can’t help but explode. Then Nina makes a choice that deftly defies our expectations and leads to a heart stopping conclusion. Top notch storytelling and lucid, seamless prose make this a tale you won’t soon forget.

A graduate of Antioch University’s MFA program, Mandy Campbell Moore is in the final throes of her first novel. She is a North Carolina native who lives in Los Angeles.

Murky vs. Mystery – Narrative Lesson in ‘The Counselor’ 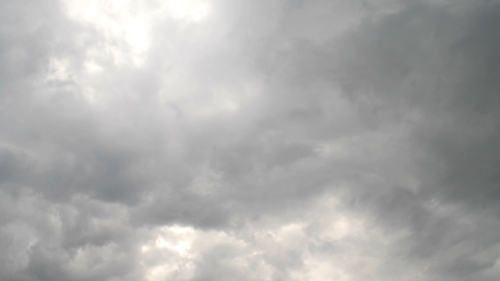 Rarely have I been more disappointed in a film than The Counselor, written by Pulitzer Prize winning novelist Cormac McCarthy, directed by Ridley Scott, and starring a heavyweight cast of actors that included Michael Fassbender, Cameron Diaz, Penélope Cruz, Javier Bardem, and Brad Pitt.

The main issue with the movie is not that the studio refused to release the director’s cut or Scott’s contention that Fox’s prudishness negatively impacted the film. The primary problem boils down to the basics of narrative construction: we did not know what our protagonist, The Counselor, wanted and his decisions, and the consequences from them, had no meaning for the audience. Even worse than a movie being boring is when you don’t care what happens.

Beginning writers often mistake murkiness with mystery. This issue was further compounded in the film when the unnamed Counselor is treated like a character archetype, without the sign posts that the audience needs to feel the universality of the main character’s problems. More blood, sex, and moralistic dialogue cannot fix such a basic problem.

The fact that such a glaring issue of storytelling escaped the attention of an experienced director, writer, cast, and studio demonstrates the importance of writers of all levels to understand and apply the basic narrative building blocks in their own work.